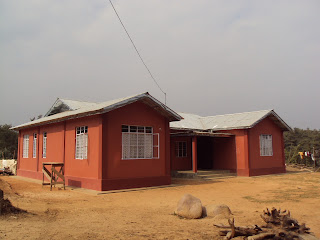 Annie Margaret Barr Children’s village is a home for children who have lost their parents and has no one else to look after them. It is a project of the Unitarian Union North East India supported by the Unitarian Universalist Partner Church Council USA and the General Assembly of Unitarian and Free Christian Church of UK. The Village was named after Annie Margaret Barr a Unitarian Minister who spent her life working among the people of the Unitarians in the Khasi, Jaintia and Karbis. However it is wrong to conclude that kong Barr’s (as she is lovingly called) contribution is restricted among the Unitarians only. Kong Barr and Educationist par-excellence was very much involved with the Government of the day in spreading education to the far corner of the hills.

Kong Barr spends the last part of her life at Kharang and adopted several children and provided them education. 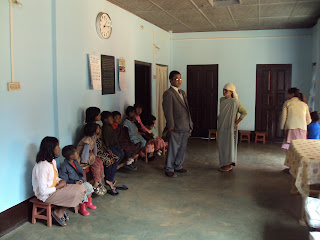 The Unitarian Union in collaboration with the Partner church Council has decided to start a home for children in need parental care. The Annie Margaret Barr Children’s Village (AMBCV) was inaugurated by the Member of Meghalaya Legislative Assembly, Mr. Remington Pyngrope on February 28, 2009. The Children’s village was started with 14 boarders with 2 mothers. Now the number increases to 21 boarders with 3 mothers. The kids come from different faith background and different corners of the state of Meghalaya. All the kids are provided education in the schools nearby.
Posted by H.Helpme Mohrmen at 12:15 AM